Buddy is home recovering from what turned out to be more than a simple neuter.
In his exam Wednesday morning, Dr. Ken found one testicle, so during the regular neuter they had to do internal surgery to look for the other one. They found it, wrapped in a cord. I picked him up Thursday afternoon and he’s doing well. He’s walking funny, but he’s leaving the stitches alone so far. I’m sure the pain meds are helping with that. We go back in two weeks for removal of the stitches.
__________________________________
The Pet Expo opens tomorrow. I’m going to drop KJ off for a few hours in the morning so he can help Terry with the iPad and card reader. Then taking Woodson for his rabies shot and giving him a bath on Saturday night because on Sunday we all go back to the Expo at 1 to closing. We always have a lot of fun at this. Buddy would be recovered enough to go, but he’s really shy with strangers at first. Actually cowers if someone reaches to pet him, so I won’t put him through that. He completely warms up to people, but I think being at the Expo would stress him out. Woodson can be shy, too, but he’s getting better. He loves the attention, but doesn’t like the standing around.
Buddy is scheduled for the snip snip on Wednesday and will then be available for adoption by the weekend. I need to get his bio stuff done!
Re: being loose in the house?
He passed the morning shift.
He failed the evening shift.
He is crated now.
It wasn’t that bad. I came home from Foss Tuesday night to two paper grocery bags shredded.
_________________________________
He’s a very shy eater. He needs quiet and no interruptions or he won’t eat. I put some water on his food and he seems to eat more. I bring him up to my bedroom while getting ready for work and shut the door. The other day I forgot to shut the door and Brett came in and just started eating. Buddy backed away and let Brett eat. I think he’s used to having food down all the time as he only eats some of it, which doesn’t work at my house. If you don’t eat your food, someone else will!
_________________________________
Buddy loves to play with Woodson. They play really well together.
Yesterday Buddy and Brett got into a bit of a brawl. I’m sure Brett attacked Buddy. I didn’t see what started it, but was able to stop it quickly. The three bones were on the floor, so I picked them up for now. I’m thinking Buddy wanted the one Brett had. Not a big thing, we have these squabbles every so often between Brett and Woodson.
It says in his profile from his owner that he can be left loose in the house, so I’m trying it this morning. Will know about 12:15 if it was a good choice. KJ is in Winona for a few days during his spring break. Woodson and Brett are kenneled up, so if any damage is done, I will know it’s Buddy. I closed all doors upstairs, left the gate into the basement open so he won’t feel alone and put all shoes into closets.
If all goes well, I’ll let him stay loose until/if he does something.
Food
Buddy hadn’t eaten much at all. I was feeding him in the garage, in order to give him some privacy. I often do this with fosters because I don’t know how they will be around my dogs at feeding time. Last night I put some water in his food and brought it into my bedroom, shut the door and he ate. So this morning, I feed Brett and Woodson in their usual spot in the entryway, then fed Buddy in my room again and he gobbled it up.
Bathroom
No accidents in the house. And no pooping in two days. I’ve been putting him on the cable and sending him out with one of my dogs and he’ll pee. I’ve been trying to walk him a bit but he hasn’t wanted to pee on a snowbank and it’s icy. He doesn’t pull on the leash at all, in fact he kind of walks around me a lot, so we need more training with that. It’s hard now because we have a lot of snow and it’s really icy still. Late last night I put him on the cable and left him out there by himself while I watched from the window. He eventually went off the step and pooped. Yay!

Trip to Petco
We went and got him a new collar. Brought all three dogs into Petco. KJ took Bett and Woodson and I dealt with Buddy, who is pretty shy in new situations. The collar Buddy had was as big as it could get and I felt was rather tight. Good for not slipping out of, but I didn’t feel it could have been very comfortable. Got him a martingale which is a really good collar for a collie. I won’t worry about him slipping it when he’s on the tie-out. The collar is like a choke collar, but it only closes up so far and releases better. 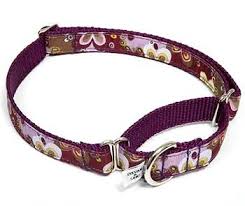 Play
Buddy and Woodson are playing a lot. Brett is so rough when he plays. He’s a charger and Woodson is used to it, but I really think he enjoys having another collie to play with. They don’t seem to get as rough. A lot of it is laying down face to face and just grabbing at legs and ears, etc., huffing and gruffing.
Sunday night, KJ proclaimed that if we didn’t have two dogs already, he would want to keep Buddy. This speaks to how sweet the dog is. KJ doesn’t like it when the foster is a lot of work!
We were playing it by ear whether today would be transport day or not. It rained here all day. Buddy’s trip started in Ironton where his owners brought him to meet Laure in Little Falls. Laure later reported the roads up there were so bad and all they saw was vehicles in the ditch and rollovers. Wow. Apparently it was sleeting and snowing most of the day. Yesterday we were thinking we could have waited, even, but the temps were above freezing so we figured it would just be wet.
I met Laure and her husband in Monticello. Got Buddy in my car and we were off. Really nice of them to do the major part of the transport!
We know Buddy was born on June 7, 2012. We don’t often get actual birth dates! He has registration papers, so I want to see if I can do a little research on his beginnings.
Everybody’s getting along well. He’s been a house dog so he’s housebroken. Another perk I don’t get too often!
I’m trying to get some quick pictures, but he’s pretty busy checking things out.
He has the coolest tail. He is what is called a sable-headed white. Some brown freckles along his legs and a brown patch on his back, otherwise all white except for his head.
He was well loved by his family but they felt they had too many animals. That’s about all I know.

Offered to foster Buddy and was accepted. No details on when I’ll get him or why he was surrendered.
Buddy an 8 month old, sable headed white,  rough, intact male collie. He is fully vetted (except for neutering), including having had his eyes checked (his eyes are perfect).  The vet said he is a healthy dog.  His coat is healthy too.
Buddy is very playful and great with dogs, cats, and kids,  including little kids who climb on him and pull his hair. He is very gentle with them all. He is leary of new people but warms up very quickly. He is champion sired and is AKC registered. He is good with cats. His owner is currently working on teaching him Stay, Come, and Down commands.